When it comes to bulking up and getting the body of your dreams—or even just becoming more functionally fit—it can be incredibly difficult to decide where to start. Let's dive in!

Why Use an Olympic Weightlifting Program?

Not only are Olympic weightlifting programs a recognized standard in bodybuilding and developing functional strength, but they’re also both generally straightforward (none of the regular lifts that are part of an Olympic program are hard to learn) and stress a wide range of muscle groups, allowing you to build greater functional strength without needing to pick exercises that force you to needlessly specialize your lifting routine.

Because Olympic lifts focus on power, strength, and speed, they can also boost your capacity for work, allowing you to both work harder and recover faster as your body adapts. This can enhance other high-intensity exercise endurance, thus benefiting your other workouts.

Because Olympic lifts target joint stability and promote flexibility, especially in major joints like your shoulders, hips, and knees, they can help you limit your injury history and susceptibility by addressing what might otherwise be weak areas.

Olympic lifts such as snatches and clean and jerks help you build power. Power, which is a function of both strength and speed, is key to running faster and jumping higher—both of which are key elements for most athletic endeavors.

Core work, such as clean and jerks or snatches, works a combination of muscle groups including your shoulders and arms, legs and glutes, and back and abs. With Olympic lifts being as strenuous and functional as they are, they tend to burn more calories, making them a great way to both build muscle and decrease body fat.

Because Olympic lifts create large load forces on major stability centers and limbs, they also help create bone strength and density, which can be another major injury consideration, especially for women.

While we already noted how Olympic lifts improve power, the fact that they require force extension through the ankle, knee, and hip also mirrors what happens in sprinting and jumping, meaning they don’t add just power to an athlete’s repertoire, but also rhythm and coordination.

Because Olympic lifts stress multiple muscle groups at a time and require rhythm and timing, they can also be great for improving coordination and body awareness—which is often a key consideration for athletes.

While many lifts can result in tighter muscles and decreased mobility, the combination of dynamic muscle movement and rhythmic coordination required for successful Olympic lifting means that they can actually help improve your range of motion and flexibility.

Because Olympic lifts are designed to be functional and coordinated, they help you build muscle stability, both at major joints and in general.

Not only does Olympic lifting improve fitness, but the improved fitness and discipline required to successfully maintain an Olympic lifting routine are both keys to developing confidence in yourself and your stronger body.

Where Should Beginners Start?

Which Olympic Lifts Should I Learn?

Let’s start with the essentials of any Olympic lifting program, and remember our keys: focus on form, progress slowly, and give yourself ample recovery as needed—likely more recovery than you think you’ll need, at least at first. Similarly, start with a few exercises at a time and slowly add more to decrease your risk of injury. Those caveats aside, the following are the lifts you should aim to learn when developing an Olympic lifting program:

For each of these lifts, your form is tremendously important—so start with low weights and consider using a coach or trusted lifting buddy to help ensure you’re practicing good form.

Remember our three keys from before:

If you can follow those three keys, your risk of injury is substantially lower, which in turn will allow you to make greater gains in a shorter time. As you may have heard previously, go slow to go fast. That is, take your time and take care to do things right, and the gains will come more quickly than they would if you try to rush it and end up hurting yourself. One great way to pace yourself appropriately and track your progress over time is to use a workout tracker like Bolt.

As you likely saw, one advantage of a partial lift (such as a rack jerk or clean pull) is the ability to focus on a portion of the lift or with greater weight. That can be a great strategy when you’ve reached a weight plateau, as focusing on the individual pieces of a full lift can help you put together a better result later. Of course, you also won’t see the same benefits with partial lifts as you might with full lifts, especially in building power. For some lifters, however, simply using partial lifts to get past sticking points can be tremendously helpful.

What Does a Typical Olympic Weightlifting Workout Look Like?

That can vary greatly depending on what your goals are; someone who lifts as part of working toward better placing in bodybuilding competitions will lift much differently than someone who is simply trying to get functionally fit. The key for you is starting with a few exercises, emphasizing good form as you get more comfortable with each lift, and maintaining patience with your progression. If you can do that, you just might be shocked at how much Olympic lifts can add to your fitness regiment! 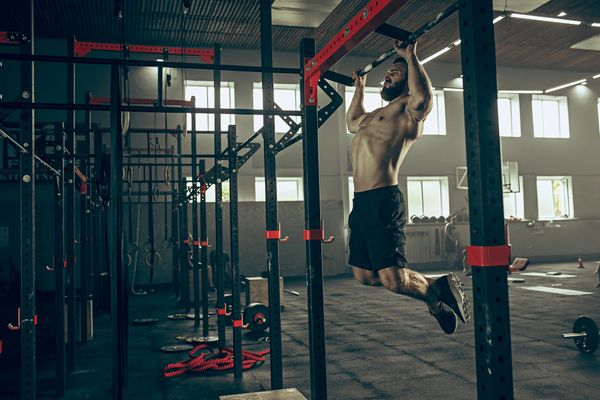 Power Hypertrophy Adaptive Training (PHAT) is a program designed by bodybuilder and powerlifter Layne Norton to make the most of your lifting, balancing the demands of both bodybuilding and powerlifting so you can both sculpt and build strength.

When it comes to building the body of your dreams, there are many different strategies. Two techniques for gaining muscle mass and losing body fat are commonly referred to as bulking and cutting.